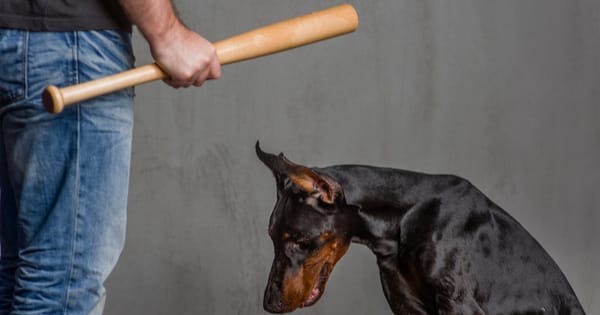 Rather than anomalous, there are many predictors of domestic violence. Growing up in an abusive home, experiencing multiple adverse childhood experiences (ACES) and untreated trauma from them, peer support, and other factors have all been linked. One factor that has gained more attention in the last two decades is the link between animal abuse and domestic violence. It is becoming increasingly clear that abuse of animals is a predictor of violence in general—and intimate partner violence, specifically. Some states are considering innovative efforts to address the link or have taken steps already.

One of the first studies to find a link between abuse and violence, in 1983, found that animal abuse was occurring in 83 percent of homes where there was an investigation into physical child abuse. A 1997 study by the Massachusetts Society for the Prevention of Cruelty to Animals and Northeastern University found that animal abusers are five times as likely to also harm other humans. A 2001 study of violent offenders incarcerated in maximum security prisons were significantly more likely than nonviolent offenders to have committed violence against pets. Additionally, a 2013 study found that 43 percent of perpetrators of school massacres also committed acts of cruelty to animals—generally against cats and dogs.

Abusers often use threats or violence against pets as a tool of control. A 2017 study showed that 89 percent of women who had companion animals during an abusive relationship reported that their animals were threatened, harmed, or killed by their abusive partner. It is a significant variable for victims seeking to leave abusers, as students have shown that more than half of women in domestic violence shelters delayed leaving because they feared what would happen to their pets.

So improvements have been made. All 50 states now have felony animal cruelty laws and nearly two thirds of states allow pets to be included in domestic violence protective orders. In 2016, the FBI began tracking crimes against animals in the National Incident Based Reporting System (NIBRS), which allows for better understanding of who commits such offenses and under what circumstances. In several states veterinarians are required to report suspected animal abuse, and some states require animal control officers to report suspected child abuse or neglect as well as to receive training in recognizing and reporting child abuse and neglect. A few states allow child and adult protective service workers to receive training on animal cruelty, abuse, and neglect and to report suspected animal abuse. Furthermore, nearly half of all states require psychological counseling for individuals convicted of animal cruelty. Proposals to consider requiring pet abusers to register like sex offenders are still being considered in a number of states.

Even still, a mere three percent of the country’s domestic violence shelters allow pets. Greater efforts must be made to coordinate safe housing for victims and their pets or else this link will continue.