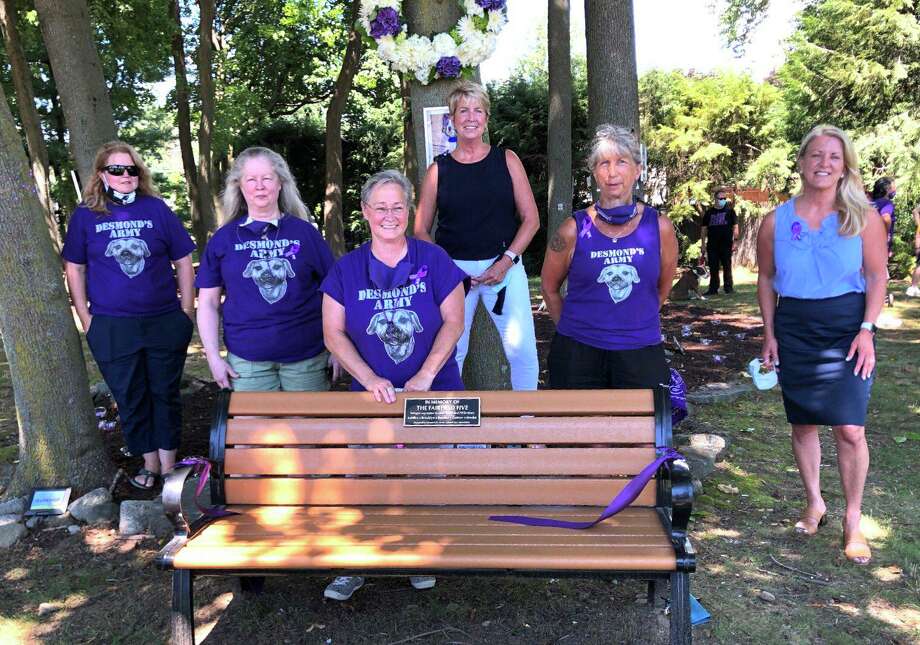 FAIRFIELD — The Fairfield Five will be memorialized at a town park forever, after a recent dedication ceremony unveiling a bench in honor of the five dogs, killed by animal cruelty.

The Fairfield Five were five dogs who died under the care of Heidi E. Lueders, former president of Bully Breed Rescue, a rehabilitation nonprofit for pit bulls.

Lueders was arrested and charged with five felony counts of cruelty to animals in January 2019 after police said investigators found remains of five dogs in crates inside her home on Nov. 14, 2018.

The organization started raising money for a memorial bench in December 2019. The group said that they were able to have the bench installed with Kupchick’s help in Whitewood Knoll Park.

Lueders pleaded not guilty to the charges. She was offered a plea deal, which she rejected. Court documents show Lueders is next expected in court on the charges, for pre-trail, on Sept. 23.

Bully Breed Rescue said around the time of Lueders’ arrest that the five dogs found in the crates were being housed there by Lueders from the nonprofit.

She told the nonprofit she sent four of the dogs to a sanctuary and another to a foster home that she was supposedly monitoring. Lueders had the dogs for seven months, the group said.

“It touches my heart that their lives will be memorialized at a park close to my heart in Fairfield,” Kupchick said.