Kaitlin Tenner, 26, was charged after her pit bull puppy was found in the street starving, dehydrated and covered in sores, officials said. 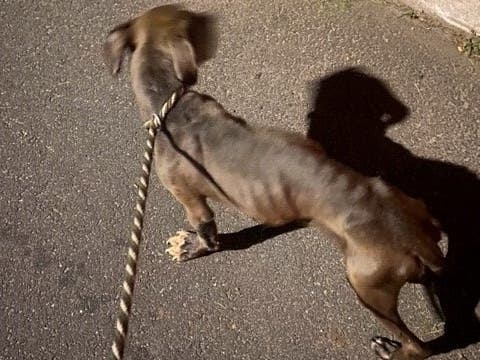 An emaciated and dehydrated puppy covered in sores was found by East Haven ​animal control officer Sean Godejohn​ wandering the Sylvan Hills Road area in the overnight hours Tuesday after someone called in to report it as a stray. (East Haven Animal Control ) 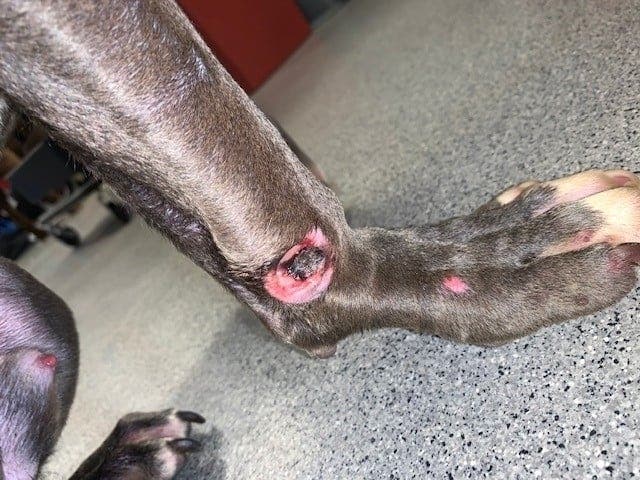 EAST HAVEN, CT — An emaciated and dehydrated puppy covered in sores was found by East Haven animal control officer Sean Godejohn wandering the Sylvan Hills Road area in the overnight hours Tuesday after someone called in to report it as a stray.

With a promise by the mayor to conduct a full investigation, and a total of $1,500 in reward money offered, animal control officer Owen Little told Patch that Kaitlin Tenner, 26, has been charged with animal cruelty.

Little said that after a post on Facebook, and his offer of a $500 reward for information leading to the name of the owner, a woman contacted him to say she was the original owner but gave the puppy away to Tenner. And signed an affidavit to that effect.

He said that was not plausible as the sores on the animal suggested it had long been crated and was not properly cared for.

“She dumped the dog,” he said.

“At approximately 1am this morning one of our Animal Control Officer was dispatched to reports of a stray dog in the Sylvan Hills Rd area in East Haven – upon arriving Officer Godejohn found an emaciated male pit mix. He immediately brought him to our emergency veterinarian who put him on IV fluids due to his dehydration. He is extremely dehydrated and emaciated, and his body condition is very poor. He is in very bad shape and we hope he can be brought back to health. The vet estimates he is only 6-9 months old, and it appears he has been crated constantly because he has severe pressure sores on his body.

We are offering a $500 reward for any information leading to the identity of his owner. No animal should suffer like he has – despite this, the staff at the Vet’s office said he is sweet as can be. Please help us find the person responsible for this cruelty.”

After Little posted to Facebook, an additional $1,000 in reward money was offered by Desmond’s Army.

The information found in the calendar above is public information and has been obtained from various public sources.